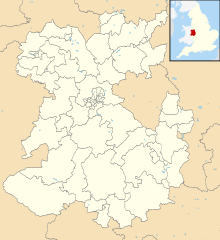 Labour retained its place as the largest party on Shrewsbury Town Council with 7 seats.

In the 2013 elections for Shropshire Council, Labour gained Monkmoor and Sundorne from the Conservatives and held their remaining 7 seats.

Labour gained control of Shrewsbury Town Council in 2013, winning 7 of 17 seats and 44.4% of the vote compared to 36.3% for the Conservatives and 17.7% for the Liberal Democrats. The party successfully gained Column, Monkmoor, and Sundorne.

In the first elections to Shropshire Council in 2009, Labour won 7 seats: in the single-member divisions of Belle Vue, Broseley, Castlefields and Ditherington, and Harlescott, as well as 3 members in the Bayston Hill, Column and Sutton division. The party won three seats on Shrewsbury Town Council, subsequently gaining Harlescott in a 2010 by-election.

Previously, Shropshire was divided into a county council and the five district councils of Bridgnorth, North Shropshire, Oswestry, Shrewsbury and Atcham, and South Shropshire. Labour led Shropshire County Council, supported by the Liberal Democrats, between 2001 and 2005. The Conservatives gained a narrow majority in the 2005 elections, where Labour won 9 of 48 seats. Labour won 11 of 44 seats in 2001 and 8 of 44 in 1997.

There are currently no Labour MPs in Shropshire.

The North Shropshire and Ludlow constituencies have never elected Labour MPs – though the party came close in 1997 in North Shropshire (short by 2,195 votes). In Ludlow, Labour polled no higher than third place from 1974 until 2017 when the party increased its vote share by 12.0% points and achieved second place.

In the 2019 European Parliament elections, Labour polled 7.2% of the vote in the Shropshire Council area and for the wider West Midlands constituency the party won 1 of 7 MEPs. In the 2014 elections, Labour polled 14.3% of the vote in Shropshire (winning 2 of 7 MEPs in the wider West Midlands). In previous elections Labour achieved 1 of 6 MEPs in 2009, 2 of 7 in 2004, and 3 of 8 in 1999. For the Herefordshire and Shropshire constituency in 1994, Labour won the single-member seat with 36.7% of the vote.